Lyprinol® is a natural marine extract comprising of a rare combination of lipid groups and unique Omega-3 polyunsaturated fatty acids. These particular kinds of Omega-3 fatty acids may provide nutritional support against excess inflammation of the joints and airways which can lead to stiffness, less flexibility or inflamed airways.

We also know that omega-3 fatty acids are good for overall health– especially for supporting the heart and healthy cholesterol levels.

Lyprinol® contains special anti-inflammatory fatty acids referred to as PCSC-524TM. In comparison to common omega–3 fish oils Lyprinol® has a particular kind of fatty acids. These inhibit the inflammatory process in the body effectively after 4-8 weeks.

Lyprinol® is a natural, highly purified oil extract from the Green-Shelled Mussel. Known scientifically as perna canaliculus, the Green-Shelled Mussel comes from the pristine waters of the Marlborough Sound in New Zealand. As a combination of omega 3 essential fatty acids, the all-natural extract in Lyprinol® has been proven to be stable and beneficial to the overall health of your body. 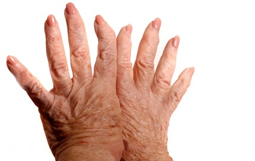 Lyprinol is produced by a gentle extraction process using liquid carbon dioxide under pressure to remove the oils, leaving behind the rest of the mussel flesh.

Allergies and food intolerances are triggered by protein or carbohydrates. The extraction method used for Lyprinol removes these components of the mussel, making it suitable for people suffering from shellfish intolerances.

The stabilisation process used in preparation of Lyprinol protects the rare mix of lipids and Omega-3 fatty acids present in the live Green Lipped mussel. Other mussel products, such as mussel dried powders have oxidised these components and need a larger intake to see any benefits.

Because the Lyprinol oils are closer to the natural state, they are more easily metabolized by the body and benefits are seen from a lower intake.

How does Lyprinol differ from these other sources of Omega-3 fatty acids?

One of the main differences between Lyprinol and fish oils is the amount required to see an effect. Studies recommend fish oil intake of 18g per day, although few people actually manage this amount. Lyprinol has been shown to be effective at an intake of 1 to 2 capsules per day. This is equivalent to just 100mg of Lyprinol oil and 300mg of olive oil. Independent studies have compared Lyprinol to several foods high in Omega-3 fatty acids. Using an accepted animal model, Lyprinol has been shown to be:

Lyprinol works by interacting with metabolic pathways. This is because the Omega-3 PUFAs present in Lyprinol are metabolised in the body instead of other fatty acids.

Lyprinol is one of the best natural sources of Omega-3 in the diet, because it contains additional lipids, unique to the Green Lipped Mussel – its like fish oil but better.

Common side effects of fish oil supplements include:

Capsule not suitable for Vegetarians.

Before making a purchase you will need to Register or Login.
Your Registered Club will benefit from 2.5% of the purchase value!
Click here to Register or Login to your account.
10% FREE COUPON!
Subscribe to get 10% discount coupon code on your first shop order. Don't miss out!
SUBSCRIBE
Coupon applies only to shop products orders, not services.
We use cookies to ensure that we give you the best experience on our website. If you continue to use this site we will assume that you are happy with it.AcceptRejectPrivacy Policy
Revoke consent